ALL THE POWER THAT REMAINS (PROCESSION III) — LAGE EGAL #176

JULY 9 — 23, 2022
Open by appointment
www.515bendix.com
www.lage-egal.net
B-LA CONNECT
ALL THE POWER THAT REMAINS is a project by the artist BEN GREBER and BRAM KUYPERS dealing with hopes and loses of utopian visions on futuristic innovations in rail mobility. In the wake of technological inventions follows always a vision on how such an invention will offer solutions to contemporary problems and create a more comforting future. Corporations and their marketeers often make use of utopian visions, using almost biblical aesthetics of the life after implementation of the technology. Ben Greber and Bram Kuypers made a trilogy of performances on video, each taking place up and around test facilities for futuristic trains that were - or are a promising development ahead of their time. These 'Processions' are a way to commemorate that what's lost by the (unsuccessful) attempts of implementing new concepts of land travel and infrastructure.

Procession I and II focus on the past and deals with architectural remains of two monorail testtracks, namely the ruins of the track that once carried the jet propelled Aerotrain in Orleans, France and the decommissioned test facility for the magnet levitated Transrapid in Lathen, Germany. Procesion III looks to the future and utopia of the Hyperloop, a system of pods travelling through vacuum tubes at speeds above 600 miles per hour. Passengers will be totally isolated inside the tube, completely ignoring the landscapes they are passing through. Therefore, with Procession III, Ben and Bram zoom in upon on the surroundings of the Hyperloop test- and safety facility, to reveal a Nevadian wasteland full of shot car parts, remains of stolen cacti and stranded helium balloons from Las Vegas." Ben Greber & Bram Kuypers.
Click on below (preview on Vimeo) 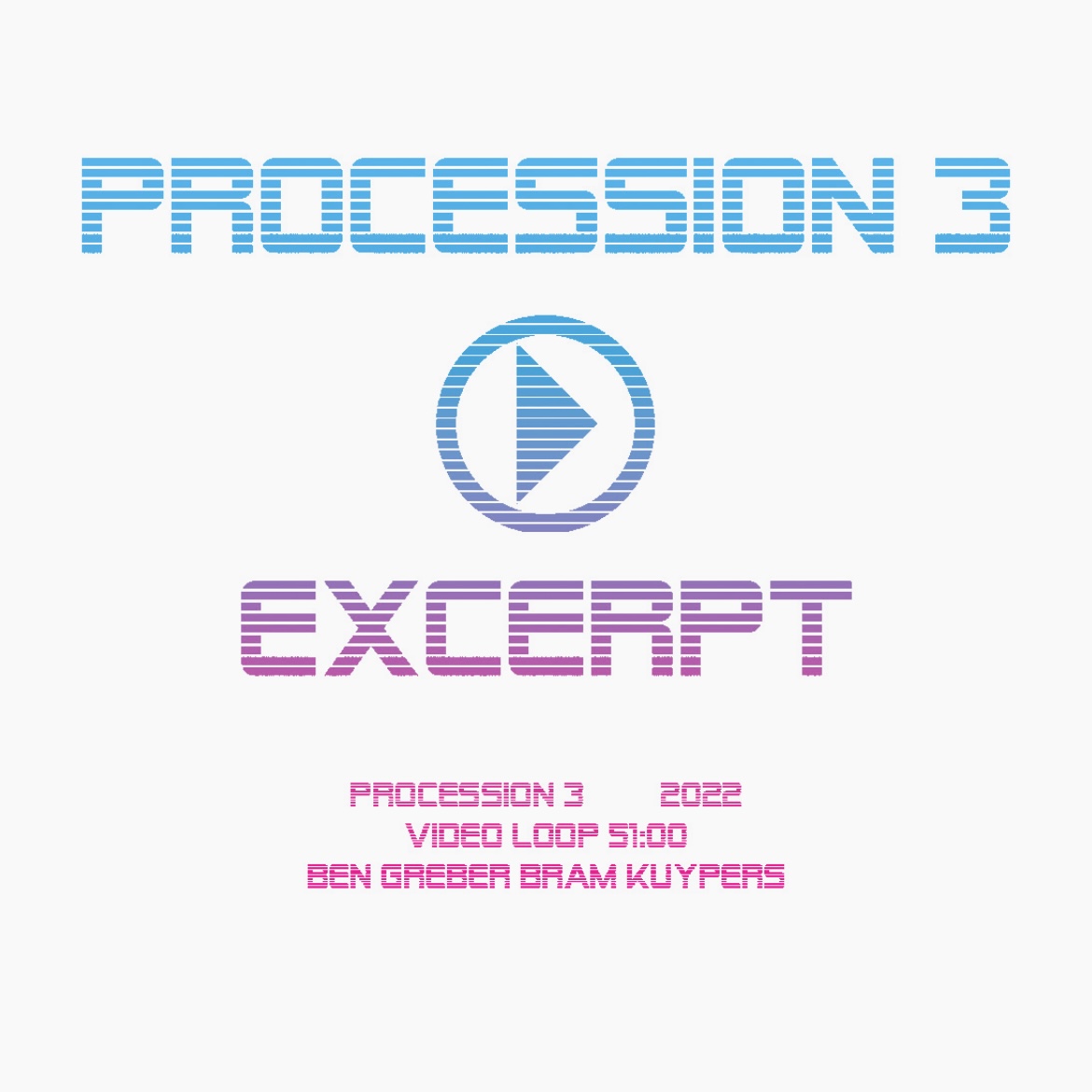 515 BENDIX is a subversive project. It is an experimental system suggesting that existing support systems are lacking, and there's need for a flexible venue for exhibition. It proposes a resistance toward fixed ideas, arguing a system is always in need of reconsideration, reinvention, and growth. An organic support system, its strategies continue to shift in an introspective manner.

LAGE EGAL regards itself as an experimental space intent on tampering with the prevalent mechanisms of art presentation and mediation in a rather playful way. The emphasis is on curatorial projects that examine and reconsider the stature of exhibitions as such, but also as a creative act that continually offers the public new ways of viewing art. LAGE EGAL also distinguishes itself through its thematic discussions with artist’s books and editions — and accordingly by questioning the original, the copy or reproduction, the duplicate or the series.

+++++
B-LA CONNECT is a platform to promote the cooperation and interlinking between the two sister cities’ creative communities. In June 2019, twenty art spaces from Los Angeles exhibited in 23 art spaces from Berlin. The interdisciplinary program included art exhibitions, film screenings, performances, talks, and more. This July, 2022, the Berlin art spaces travel to LA for a return visit with staggered openings throughout the city in 22 different art spaces, a film night at the Goethe-Institut LA, and a performance evening on the rooftop of The Bendix Building.B-LA CONNECT understands itself as an international cultural exchange on a grass roots level. It brings together members of different art spheres and scenes from both cities. New opportunities for interacting and connecting with each other are created and extended locally inside and transnationally between the two cities.

In the sense of a positive globality B–LA CONNECT seeks to advance the cultural partnership between Berlin and Los Angeles. B-LA CONNECT wants to celebrate urban diversity, show presence and stand against reactionary forces. Berlin and Los Angeles share the urban self-image of being the world in small, a place of cultural diversity and individual freedom. In light of the rising authoritarian and regressive currents worldwide the two cities stand for a liberal and cosmopolitan openness towards the world.

B-LA CONNECT wants to build bridges where others erect walls. 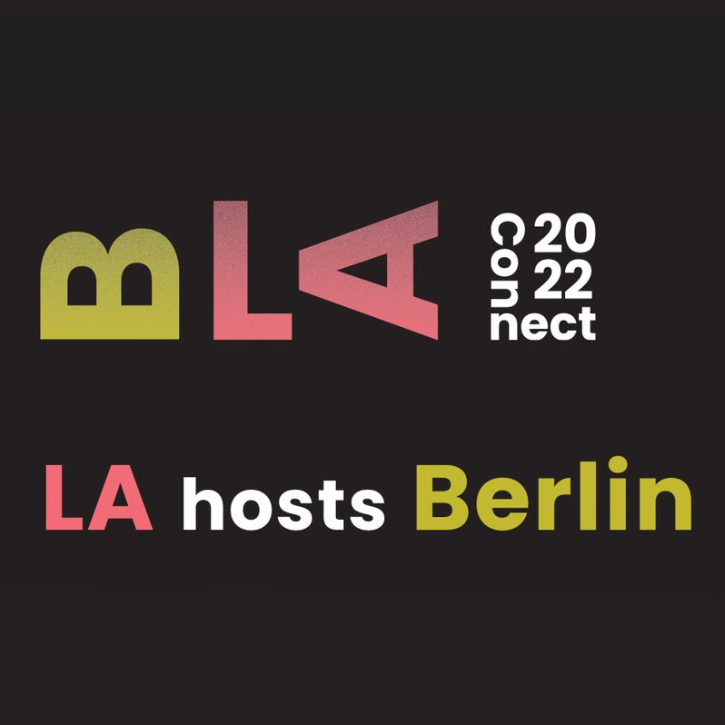 Fill in the form below so that we can contact you with more information about this work.